At Calhariz you can find several breeds of cattle: pure Mertolengo, pure Charolais, a breed resulting from the crossing of Mertolengo with Charolais, and Angus. The Mertolengo is a native breed of the south of Portugal, which produces meat of excellence and is known for its hardiness and adaptation to Mediterranean ecosystems. The Mertolengo herd of “Casa de Calhariz”, is composed of about 40 cows. The herd is inscribed in the Studbook of Mertolengo breed. In a separate fence there is a herd of Mertolengo cows which are crossed with Charolais bulls. There is also another herd of about 30 pure Charolais cows, which graze in separate fence. More recently, we have began breeding a herd of Angus because of its premium meat quality.

All cattle at “Casa de Calhariz” grazes in sealed fences, with natural pasture where cattle can roam free. The cattle is of recognizably superior quality and their meat a delicacy. 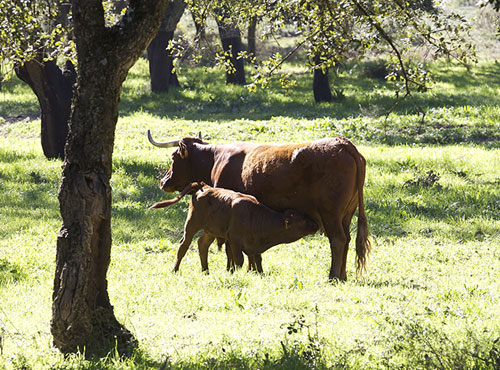 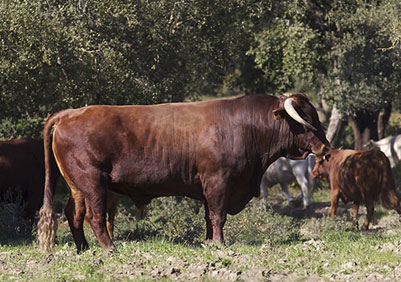